DevOps with Boto Python - Part I 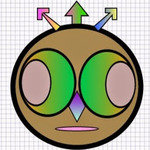 Ritesh Patel
Hi, I am Ritesh Patel. I live in a beautiful town surrounded by the mountains. C&O Canal is few miles away. State parks are only a distance away & bike trails galore. It is home sweet home Frederick, MD. A passionate developer. Love to cook. Enjoy playing "Bollywood Tunes" on my harmonica. Apart from that just a normal guy.

Yeah, I just found my DevOps hat and guess what? I am ready to put it on. In this tutorial series we will learn how to DevOps in Amazon Cloud using Python Boto.

First let me say this: Boto is amazing. I love it and if you are on Amazon Cloud you will love it too. I promise.

First things first. Let's look at the pre-requisites, assumptions and facts for this tutorial series.

If you are on a Mac OS X, like I am then you already have a Python installed. If you wish to upgrade then you may do so. Go to the Mac terminal and type,

You should see an output similar to Python 2.7.5. An official version of Python installed on your machine.

Assuming python is installed. Next up is installing Boto.

Use pip to install Boto. At the terminal type,

Next, we will configure AWS credentials with Boto. Create a file under your user directory. At the Mac terminal type,

You should be in the vi editor with .boto file open in vi. Next, type in your AWS credentials in this file. Do you have the credentials? If not then go to AWS IAM page and generate your access key id and secret access key. Once you have the key and id add them to .boto file.

Note: It is important you type the entire text above and replace YOURACCESSKEY / YOURSECRETACCESSKEY with the actual values.

By now you should have Python and Boto configured. Let's run a simple test with Boto.

At the Mac terminal fire up Python.

>>> indicates that I am at the python prompt. Next we will import boto.ec2 and connect to a specific region of AWS.

I am happy now.

We can run python commands at python prompt. But how about executing a python script? Let's look at how to create an executable file. Open up a text editor or an IDE of your choice and create a new file called "HelloMonty.py". I use Sublime Text and you should too. Believe me, it is awesome. Type the contents below in this file.

Save the file and run the command below at the terminal.

I see a friendly message: Hello Monty Py! Glad to have met ya!

In the next article we will setup a simple python project to begin our DevOps adventure. What are you waiting for? Let's move on!

Hi, I am Ritesh Patel. I live in a beautiful town surrounded by the mountains. C&O Canal is few miles away. State parks are only a distance away & bike trails galore. It is home sweet home Frederick, MD. A passionate developer. Love to cook. Enjoy playing "Bollywood Tunes" on my harmonica. Apart from that just a normal guy.

You can also find Ritesh Patel on Twitter and LinkedIn. Get in touch by Email.